NEWARK, NJ — A community member was recognized by Newark Opportunity Youth Network for his years of service to the community on Tuesday morning.

Altarik White, founder and executive director of Leaders For Life, a partner of NOYN, opened the front door of the group’s South Ward headquarters to his surprise with a $15,000 check and 25 laptops for students. The contribution was made in honor of White’s longtime commitment to the community. 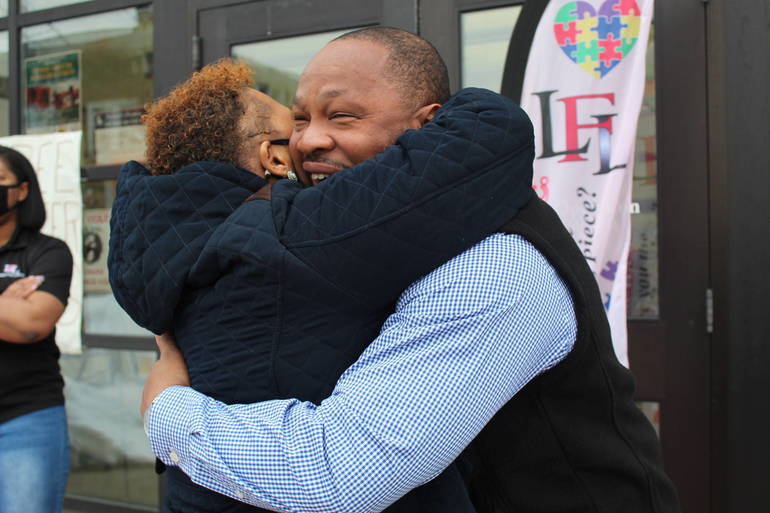 As a partner of the Newark Youth Workforce Collaborative, L4L is a part of Newark’s first collective approach to establish a school-to-workforce pipeline. The joint effort brings together organizations aimed to connect leaders in education and workforce development, as well as local employment partners, to help young people in the city break into the job market.

As part of the network’s focus to enhance post-secondary pathways and the organization’s work with partners, the effects of the COVID-19 pandemic have recently heightened its role in the community.

L4L, headquartered on Clinton Place, started as a mentoring movement out of Malcolm X Shabazz High School. Over the years, it has served more than 32,000 children through after-school programs for boys and girls of color, family outreach as well as Leaders For Life Academy, where more than 140 young people have graduated with their high school diplomas, officials said.

Through its establishment in the community, the South Ward location has become a community retreat for many families in the area, offering food, social-emotional support, back-to-school backpacks, clothing, summer camp and more.

However, mentorship remains the cornerstone of L4L’s mission, White said.

“I have a saying here — We are all in. Are you? That’s what we’re trying to do – to get more people involved in these young people’s lives because there are so many young people that can benefit from mentorship,” he said.

Although White has maintained the group’s programs and support resources for families over the years, the COVID-19 pandemic has recently affected the program. Officials said he had a “skeleton staff” to provide the same quality services that young people and their families depend on.

Alongside the rise of remote learning, the L4L founder said it’s been a challenge to bridge the technology divide, continue programming, provide resources and pay staff, however securing a partnership with NOYN has benefited the group, officials said.

Following the donation the L4L founder received on Tuesday, he explained that the funds and laptops will be aimed to support its programs and upgrade the group’s technology.

“Just supplies for the young people. We’ll use this for our alternative high school that we operate here,” he said. “We’ve been getting a lot of donations for the younger guys. This goes particularly for the high school.” 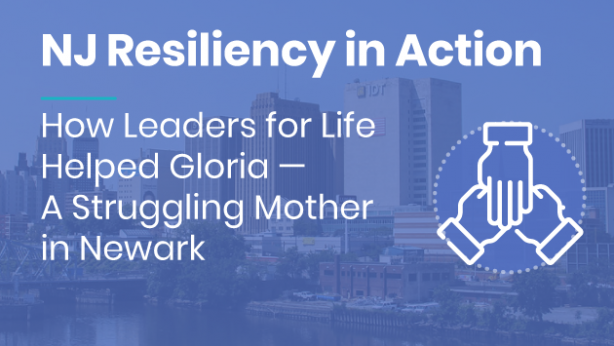 NJ Resiliency in Action: How Leaders for Life Helped Gloria, A Struggling Mother in Newark